Earlier this month, an article in The Washington Post tried to claim that The Lion King — both the 1994 original and the new “photorealistic” version — promotes fascism. The film, according to Dan Hassler-Forest who wrote the article, “introduces us to a society where the weak have learned to worship at the feet of the strong.”

This is an obviously ridiculous take, but it’s just an another instance of critics doing their darnedest to ruin our childhoods by pointing out things from Disney movies past that, in today’s “woke” culture, are “problematic.” The funny thing, though, is that the SJWs of the world don’t need to make Hassler-Forest’s ridiculous leap to find something about The Lion King that they hate. Because The Lion King — gloriously, and powerfully, and beautifully — is all about manhood.

For some reason the summer of 1994 — the summer The Lion King came out — is cemented in my mind as “summer.” I was 11, and we were spending our school vacation in a little middle of nowhere Connecticut town — nothing to do but ride bikes, go swimming, and head into town to watch the latest Disney movie on the big screen. I don’t actually remember watching the movie, the experience eclipsed by an epic rainstorm that rolled in as we were driving home, and a flash of lightning that touched ground on the road just in front of us. But I remember the Lion King board game my brother and I played over and over again that summer, and the soundtrack we listened to on repeat on our cassette player, and the two-person performance of the entire movie my best friend and I put on for the benefit of the charitably appreciative adults. We weren’t the only kids to show up for The Lion King that summer. The movie — which Disney originally thought wasn’t going to do as well as its other feature films — held the title of highest grossing animated film for a full 10 years (before being ousted by Shrek in 2004). It’s still the highest grossing hand-drawn film of all time. None of that surprised us. It was simply the next excellent film in a series of excellent films that Disney had been churning out since The Little Mermaid changed everything in 1989. And its lesson — like the lessons of all the other movies in Disney’ renaissance thus far — struck us as natural, valid, and so obviously true as to not really be worth mentioning.

Fast-forward twenty five years and I’m sitting in the movie theater watching The Lion King again. It’s the exact same movie — pretty much shot for shot — except the whole thing is animated in this weird, photorealistic style in which the lions have no facial expressions and I can’t tell Nala and Sarabi apart. I’m mildly entertained, slightly creeped out, and moderately saddened by the fact that this movie has been trotted out again for the sole purpose of raking in the money we millennials have now proven we are willing to shell out, en mass, in order to relive that summer when we were 11 and lightning hit the ground in a sizzling arc of pure white light. (Okay, maybe that last bit is unique to me.) 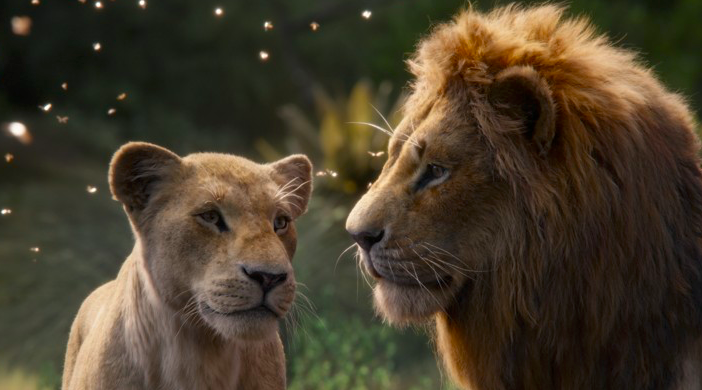 But as I sit there, missing the original film so much my heart actually aches, I am suddenly struck by something I never really considered before. This movie — and its message — could never get made today. It exists here only because it was made before to such mind-boggling success. Had it not been so successful in the past, I don’t think it ever would have even made it out of storyboards. Because its message — so obviously and tacitly considered a good one in 1994 — would never fly today.

Man up. That’s it, that’s the message. Be a man. Can you imagine a children’s movie peddling that message today? No, neither can I.

But it’s a message we all wanted to hear — if the box office numbers are any indication — and it’s a message we still want to hear, as evidenced by the enormous turnout for the film’s latest iteration. In amongst the Gillette ads, and the unisex bathrooms, and the insistence on gender-neutral pronouns we hear so much about on the news, people are flocking in droves to a movie that teaches us that men (okay, fine, lions) must be men.

When Simba’s education on how to be a good king is cut short by his father’s murder, he runs off to live a “no worries” life out in the wilderness with his carefree buddies Timon and Pumbaa. Without a strong father figure, Simba allows himself to do whatever he wants whenever he wants — if he were a human being in today’s society he’d probably be smoking a lot of pot and sleeping around — totally shirking his duty to the lions of Pride Rock, and refusing to take responsibility for the mistakes he feels he’s made. When Nala shows up and tells him that Simba’s evil uncle Scar has made a mess of everything back at Pride Rock, Simba is so entrenched in his no worries lifestyle that he still can’t see what he’s got to do. And it’s Nala — the woman — who tells him he’s gotta man up. She can’t take back Pride Rock — she’s not strong enough, or powerful enough, or even inclined to do so — it has to be him. And the fact that he won’t isn’t cute, or fun, or funny. It’s weak. “You’re not the Simba I remember,” she tells him. And, when Simba complains that she sounds like his father, she spits back “Good, at least one of us does!”

And, when Rafiki shows up and explains that Mufasa is still alive because “he lives in you,” we’re pretty much screaming at the screen: “Be a man, Simba!” Mufasa is only alive in Simba if Simba puts on his big boy pants and shoulders the responsibilities that are his by virtue of being born male. “Remember who you are,” Mufasa tells him. Man up! 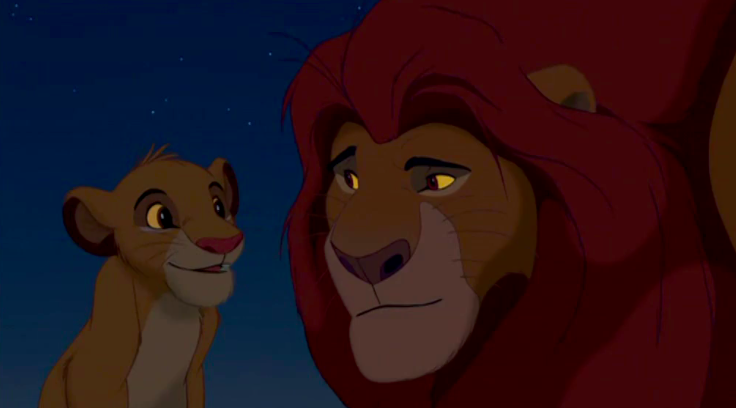 When Simba defeats Scar and takes his rightful place as king of Pride Rock, roaring his dominance and his claim to the throne, we’re right there with him, cheering him on. How awful would it have been if he’d said “no thanks, I’m good eating bugs and singing long songs, you take the throne Nala”? (So awful!) We’re sitting there cheering and pumping our fists in the air (albeit silently if we’re in the actual movie theater) because we’ve watched a boy become a man. We’ve watched a delinquent fatherless nobody become a king. 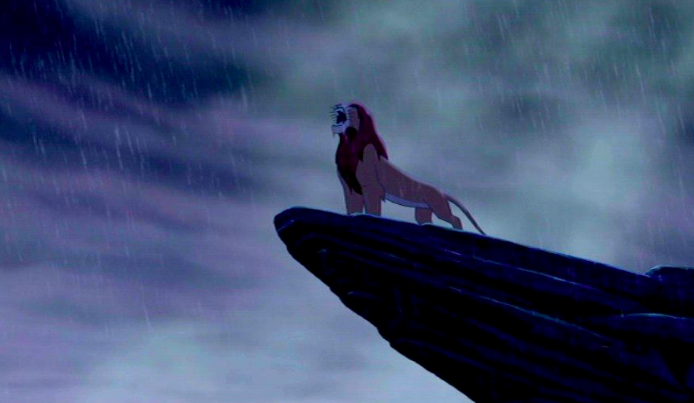 How many young boys since 1994 have seen themselves in Simba? How many have found themselves enamored of this movie without really knowing why? How many needed this movie and the message it taught them so badly that they wore out their VHS tape watching it over and over and over? However many young boys needed it then, infinitely more of them need it now. In amongst the chatter of “gender is a social construct,” here is a blueprint for being a man. A good man. A man of honor, responsibility, and heart. We need that. Always have, and always will.

Want more Lion King? Here’s me singing Can You Feel The Love Tonight, as part of my Faith Sings Disney series.

6 thoughts on “Man Up, Simba! The Surprising Lesson of The Lion King”