The internet is filled with “feminist rankings” of Disney princesses. (If you don’t know what I’m talking about, click here, or here, or here.) The idea generally is that the original Disney princesses were so desperately anti-feminist that — even though we love them and everything — we need to understand how terrible they really are and say we hate them (for the sake of our children, of course). And we need to recognize and celebrate how “empowered” and “strong” Disney’s newer princesses are so they’ll keep making enlightened princesses and never go back to the dark days of Disney’s Golden Age  . . . or something.

Anyway, I thought it would be fun to make a feminist ranking of my own. I will stay within the same boundaries of “feminism” that these rankings typically do, looking at how each princess is “empowered” to follow her dreams, how she displays her “strength,” and whether or not she has life goals beyond marriage to a prince. To avoid argument over who qualifies as a princess, I have chosen the 11 “official” Disney princesses to rank.

So, from least to most feminist, here is my feminist ranking of the Disney princesses: 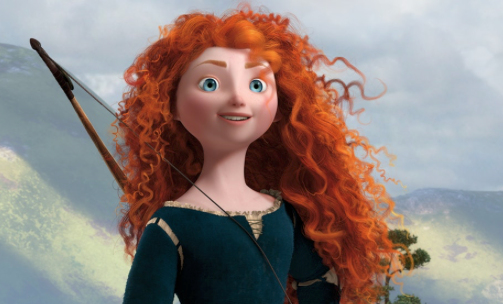 Merida can usually be found in the top three of most feminist rankings, but she’s at the very bottom of mine. Here is a princess who begins the movie yearning for adventure and ends up content to stay home with her family indefinitely. She doesn’t do the one thing a Disney princess must: grow up. For all her going on (and on) about her “fate” and how she needs to change it, all she really does is randomly turn her mom and brothers into bears and nearly get everyone killed. The fact that she’s good at archery tells us nothing about her internal strength, and her unruly hair is nice, but ultimately irrelevant. It’s true that she doesn’t get rescued by a man (because all her suitors are emasculated pompous windbags) but a girl who’s content to remain in mom and dad’s shadow doesn’t need rescuing anyway. Sorry Merida, turns out you’re not very feminist after all. 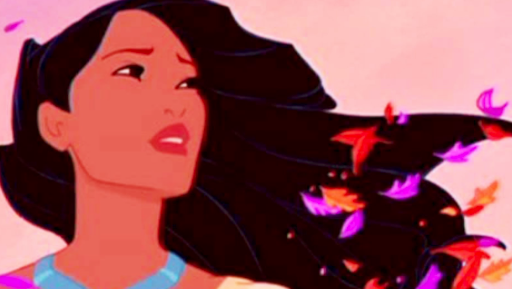 Here is a princess whose only dream in life is to get with a hot guy. She has no specific goals of her own (except to find out “what’s around the river bend” which really she could accomplish in, like, an afternoon), and her dream of a spinning arrow (which she believes will tell her what she’s meant to be striving for) turns out to be John Smith’s compass. So basically, her whole life was pointing to a dude. When she actually meets the man, she proceeds to lecture him about environmentalism for most of the movie until he gives in and says she’s right so she’ll shut up. Then, when she actually achieves her dream (by risking her life, let’s give her that) she’s like nah, I don’t need to go back to Europe with you “I’m needed here.” Is giving up on your only dream feminist? Um, no. 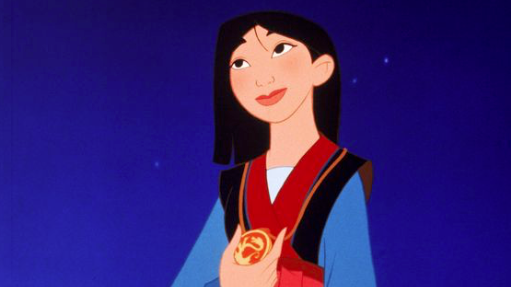 You’re not going to believe me when I say this, but Mulan is another princess who has no specific life goals of her own. Other than the fact that she feels she doesn’t fit in with the other girls, we have no idea what it is she actually does want to do with her life. Sure, she ends up becoming a warrior, but was that what she always wanted? Or did she just do it out of necessity? Also, Mulan’s main accomplishment is that she’s able to (totally unrealistically) do all the things the men can — including besting a huge warrior three times her size in hand-to-hand combat. The set-up of the movie necessitates that Mulan’s success is measured by masculine standards. A woman being measured by masculine standards? Doesn’t sound very feminist to me!

Aurora is a tricky one to place because her story depends almost solely on symbolism rather than realism even though the characters around her — Prince Philip, Maleficent, the fairies, etc. — are more realistic. Also, she’s only on screen for about eighteen minutes so it’s hard to judge her. The movie is really about the three feisty fairies who save her life (which sounds pretty feminist to me!). In her favor, Aurora isn’t interested in wealth or power — she’d rather stay a peasant and marry the man she loves than become a princess — and she tries to stand up to her fairy godmothers when they tell her she has to go to the palace instead of meet her lover. On the other hand, she doesn’t say much, seems to only want to find a husband, and gives right in to Maleficent’s suggestion that she “touch the spindle.” 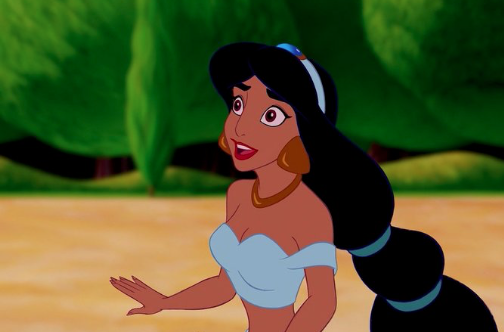 Jasmine, at least, is fighting against a specific injustice. She wants to marry for love instead of randomly getting married by her next birthday. Seems legit. She’s kind of bratty about it — stomping around, yelling at people, and letting her tiger bite people’s pants off — but she’s got a point. On the other hand, she’s the most sheltered of all the princesses — having never even left the palace walls — and the minute she goes out into the world she accidentally steals something and needs a man (Aladdin) to come and rescue her. She also seems to have no qualms about seducing and kissing gross snake-like sorcerers to provide a distraction. Seems like a feminist should have a little more respect for her own body. 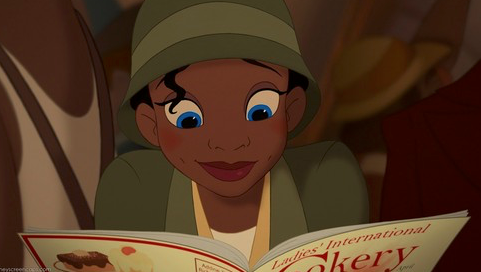 Tiana also has a very specific goal: to open a restaurant. This is a worthy goal, to be sure, but it isn’t the signature Disney princess goal of figuring out how to be the best version of yourself. But what’s neat about this movie is that — along the way — she actually learns that lesson. She learns that the work and the business mean nothing if she doesn’t feel emotionally fulfilled. So, even though she starts off wanting something external, she learns — through her relationship with Prince Naveen — the importance of internal goals. And Naveen learns the importance of ambition and drive, showing that a partner who helps draw out the best version of yourself is part of a full and emotionally complete life. 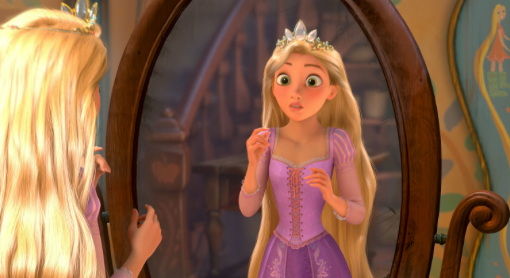 Rapunzel is a girl with a very specific, non-manhunting dream: she wants to see the floating lights. She makes a plan to accomplish her goal and carries it out even though it involves disobeying her overly controlling (and, let’s face it, evil) “mother,” and going into a world she’s been told is full of danger. The fact that she hits people over the head with frying pans isn’t really as impressive as the way she’s able to use her optimism and sunny attitude to convince people to help her. She also saves a man’s life, but she does it like a girl — by making a sacrifice, rather than using brute force — proving that girls are awesome. But, more than that, she saves Flynn by teaching him that love is more important than money — a signature Disney princess move. 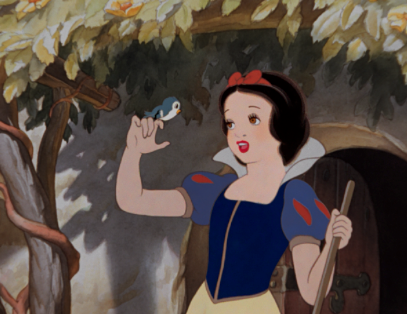 The story of Snow White is almost completely symbolic, representing a girl’s transition from child to adult through puberty. The story is totally centered around its heroine — Snow White — with The Prince showing up almost as a nameless afterthought (and simply representing Snow White’s new ability to procreate). Snow White has the dual desire of escaping her wicked stepmother and making a life with the man she loves — both admirable goals. She orchestrates her own escape from her stepmother by making a deal with the dwarves to cook and clean in exchange for shelter, showing true entrepreneurial spirit. She eats the apple because it represents sexual awakening, and falls asleep because it represents the transition to adulthood. Education around puberty and sexuality is, I believe, quite feminist. 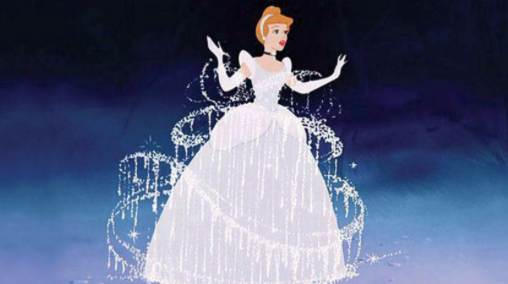 Cinderella has incredible strength of character. She remains positive even in difficult circumstances, she cares for those less fortunate than herself (the animals), and she stands up to her stepmother and stepsisters (telling them she has a right to attend the ball). Cinderella’s internal fortitude is rewarded by the fairy godmother who gives her the ability to be seen by others the way she truly is — a strong woman, not a lowly servant. Prince Charming, recognizing this, is immediately drawn to her proving that he wants a woman with strength of character, not just a pretty face. The love they share allows Cinderella to accomplish her goal of escaping her stepfamily while reveling in the love of a man who knows her for who she truly is. 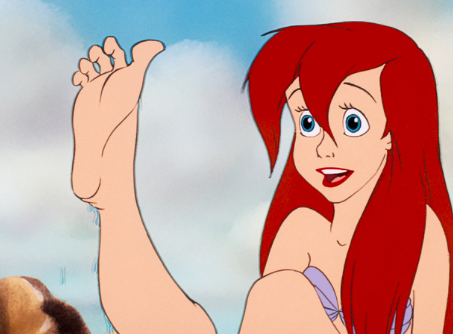 Ariel believes she was meant to be a human. Against all odds she finds a way to make that happen. Her goal of becoming human was solidified in her long before she met Eric. Meeting him serves as the catalyst for making her dream a reality. She makes a sacrifice (her voice) and takes a risk (agreeing to Ursula’s terms) and goes for it. Even though Ursula suggests she use her body to snare her man, she has self-respect and uses her personality instead. Eric doesn’t recognize Ariel until she gets her voice back, proving that he’s into her for her personality, not her looks. 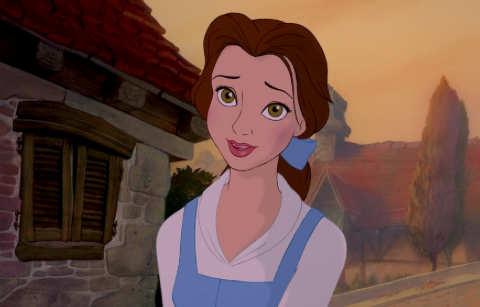 Belle is bullied and ostracized for being herself. She loves to read, she wants adventure, and she never conforms. She has a clear, internal, non-husband-hunting goal: to be accepted for who she truly is. She makes a sacrifice to save her father, which means she is courageous. She doesn’t let the Beast’s yelling and stomping around stop her from speaking her mind. She is open-minded and willing to accept that her initial impression of the Beast is no longer accurate. She’s not superficial — she sees that Gaston is the monster and the Beast the hero. She stays true to herself in the face of all kinds of pressure from the men in her life to change and, because of that, ends up with a man who accepts her for who she truly is.