SPOILER ALERT! This post contains spoilers for Beauty and the Beast, Jane Eyre, and Rebecca.

Neither the Beast nor Rochester is actually a jerk at heart. And neither Belle nor Jane tries to change her man. That may be hard to believe, but it’s true. And there’s another story — Daphne Du Maurier’s Rebecca — that makes that easier to see. Because Rebecca is a perfect illustration of what happens when the man really is a jerk, and the girl’s not strong enough to cut him loose.

Rebecca is frequently compared to Jane Eyre because, like Jane Eyre, it’s the story of a young and innocent woman who falls in love with an older volatile man whose first wife becomes an impediment to their happiness. Lots and lots of details and plot points in the two books are very similar, but Rebecca has one key difference: the man is not a good man, and the woman is not a strong woman.

While Maxim de Winter and Rebecca’s nameless heroine do end up together in the end, it would be difficult to call their “ever after” happy — whereas Jane and Rochester, by all accounts, ultimately find peace, contentment and true happiness in their union. It’s these differences between Jane and Rebecca’s protagonist, and Rochester and de Winter that put the lie to the notion that Jane Eyre (and by association Beauty and the Beast) is a story about a woman changing a bad guy into a good one.

The whole point of the “Beauty and the Beast narrative” is that, deep down, the Beast is good. If he wasn’t, then there’d be no reason to give him a way to break the curse because he wouldn’t be able to change. Gaston in the Disney adaptation, for example, would have stayed a Beast forever — no point in cursing him! Additionally, the fact that the Beast begins as a prince also tells us that he is a good man because, in the language of fairy tale symbolism, princes are ideals of manhood.

All this applies to Rochester, too, though much less symbolically. We know that Rochester is a good guy because he has cared for his insane wife — whom he was duped into marrying — all these years without casting her aside or killing her off even though it would have been much more convenient for him if he had. He has also taken in a child, Adele, even though he’s pretty sure she’s not his. Rochester cares for the innocent and the helpless even when he is acting his most “beastly” which is how we know he’s truly good. 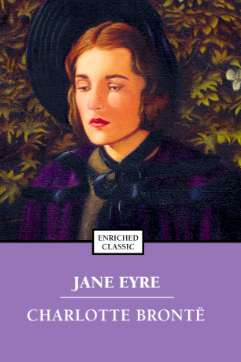 Maxim de Winter, on the other hand, is not a good man. Before the narrative has even begun, de Winter has committed murder, gotten away with it, and feels no remorse. He only worries that his crime will be discovered and that the reputation of the house he loves will be tarnished. He keeps all this from the book’s heroine because he is afraid that he will lose her if he tells her — which is understandable, perhaps, but reeks of cowardice. So while, on the surface, de Winter might resemble Rochester, the two are are very different, and this difference matters.

The role of the girl in the “Beauty and the Beast narrative” is to never give in to the man’s wayward agenda. Belle — in Disney’s Beauty and the Beast — refuses to accept the Beast’s rude command that she “come down to dinner,” and takes him to task for frightening her in the West Wing. She doesn’t coach him on how to behave, she simply refuses to be forced to act in a way that is inconsistent with her own morals.

Similarly, Jane — upon learning that Rochester has a wife still living — refuses to become his mistress, telling him, “I do love you . . . more than ever: but I must not show or indulge the feeling: and this is the last time I must express it.” Rochester is willing to give in to his baser instincts, but Jane — though it wounds her terribly — will not allow it.

But the heroine of Rebecca is different. When she learns that her husband is actually a murderer — that he killed his first wife because, much like Rochester’s first wife, she was wayward and out of control — she also says “I love you more than anything in the world.” But then, instead of leaving — as Jane does — because she cannot condone his behavior, she instead tells him, “We’ve got to be together always . . . please, darling, please.” She then proceeds to help him plan how to cover up his involvement in Rebecca’s death.

Belle’s refusal to enter into the Beast’s way of being causes the Beast to rethink the way he’s been behaving. And this, in turn, causes him to become the kind of person Belle can love. Similarly, Jane’s refusal to live as Rochester’s mistress allows Rochester to see the error of his ways, agreeing to live without her and continuing to care for his wife — even risking his life and losing his eye and his hand in the process. Neither Belle nor Jane tell their men how to change, or even that they should change. They simply are who they are, which inspires the change that leads to the happy ending.

The heroine of Rebecca, on the other hand, sinks to de Winter’s level. Together they cover up his involvement in Rebecca’s murder and de Winter suffers no legal consequences for his crime. But, even though they remain together, they find themselves homeless — living in“dull” hotels after Manderley burns to the ground — with de Winter frequently seeming “lost and puzzled,” and both of them feeling “sometimes bored” and experiencing “moments of depression.” It’s hardly a happy ending. Jane, by contrast, calls herself “supremely blest — blest beyond what language can express” and says that she and Rochester are “precisely suited in character” and that “perfect concord is the result.”

When the man is, at heart, a bad man — a jerk, even — there is nothing the woman can do to change him. A strong woman — like Belle or Jane — would have left de Winter. A weak woman — like the heroine of Rebecca — stays with him, but isn’t truly happy, and neither is he. Critics of the “Beauty and the Beast narrative” are right in that you can’t change a jerk into a good guy. They’re just wrong to say that that’s what the story conveys. You can change a Beast (who is really good) into a man, but only by maintaining a strong moral core. Nothing else will do.

3 thoughts on “Beauty and the Beast, Jane Eyre, and Rebecca Help Us Decide Whether A Jerk Can Change For The Better”