It’s a mistake, I think, to confuse fairy tale princesses with real-life princesses. A fairy tale princess is an ideal. Her princesses-ness is symbolic — her high-born status represents her high morals and inner beauty. But a real-life princess is different. It is simply by accident of birth or marriage that she has come to her high status and, therefore, she could be a totally horrible person and still get to claim the title. In real life, not all princesses are good. But, in a fairy tale, the character only gets to be a princesses if she is perfection personified.

But, sometimes, a princess comes along in real life who might as well have been in a fairy tale. Someone who so embodies inner goodness and strength that you have to wonder if, somehow, they were made a princess because of it. Someone who is so tested, and so wronged but stays so true to herself throughout that it’s hard to imagine that her story is simply an accident of circumstance, rather than a created thing. Katherine of Aragon is one of those princesses.

Katherine of Aragon was the first wife of Britain’s infamous king, Henry VIII. Henry’s main claim to fame is that he had six wives (though never more than one at a time) and that he killed some of them. If you’re wondering which wives got the axe and which ones didn’t here’s little rhyme: divorced, beheaded, died, divorced, beheaded, survived. The whole thing is like a sort of soap opera (this is not an original thought, just watch The Tudors) that played out in real life. But, if Henry’s life was like binge-worthy TV, Katherine was like a guest-appearance by Shakespeare.

Once upon a time there was a princess who knew she was meant to be queen. Since the age of three Katherine had been betrothed to Henry’s older brother Arthur. When she was just sixteen she undertook the long and arduous journey from Spain to meet her handsome prince in England. The two were married and immediately began their lives together at Ludlow Castle in Wales. But five months later Arthur was dead of a mysterious illness. Katherine was a teenage widow.

For years Katherine lived in relative poverty at the court of Henry’s father, Henry VII. Far from her home and her parents, Katherine was forced to sell her jewelry and her plate in order to get enough money to feed and clothe herself and her servants. But, even in her impoverished state, Katherine caught the eye of a prince. Arthur’s younger brother, Henry (who was now heir to the throne), vowed that he would marry Katherine when he became king.

Henry kept his vow. The two were married in 1509 (after receiving a dispensation from the pope that allowed Henry to marry his brother’s widow, which otherwise would have been seen as incest) and the two of them lived happily together for nearly twenty years.

But Katherine’s fairy tale is not the kind with a happy ending. Katherine was unable to produce a male heir. Though she was pregnant at least six times, only one of her children survived infancy: a daughter named Mary. Though Henry was distraught at the idea that the Tudor dynasty might die with him, he did not initially think of putting his beloved wife aside. But, as Katherine grew older (she was five years Henry’s senior) and it became clear that she could have no more children Henry felt he had to do something.

Enter the wicked witch. Though Anne Boleyn is frequently associated with witchcraft, she was never actually accused of being a witch and none of her contemporaries seem to have thought that she was. But, for our purposes, she at least plays the part of the witch in that she turns Henry’s mind and heart away from our dear princess and causes him to forsake his marriage vows, banish his wife, and tear his kingdom nearly to pieces. (In another fairy tale, Anne would probably be the princess and Katherine the older mother figure who needs to be broken away from, but stay with me.)

In Anne, Henry saw a way out of his problem with the succession. Anne was witty, elegant, charming, and — though not beautiful — wildly sexually appealing. Henry fell, and fell hard. And Anne — the clever little witch — refused to sleep with him unless they were married. So Henry, bewitched by her “sortilèges and charms,” determined to find a way to marry her.

In order to free himself from his marriage to Katherine, Henry had to publicly humiliate her. He wasn’t after a divorce — as many people believe — he was after an annulment. He wanted to prove that their marriage had been invalid from the start and, to do this, Henry had to show that Katherine was not — as she had previously said — a virgin when she married Henry, but that she’d actually slept with her first husband, Arthur. If she had, Henry argued, their marriage was incest and therefore should never have happened in the first place.

Here we come to one of history’s great mysteries: did she or didn’t she? Katherine claimed, to her dying day, that she had been “a true maid, without touch of man” when she married Henry. This is possible since she was married to Arthur for only five months and he could have been ill for some of them. On the other hand, Arthur’s illness seems to have come on suddenly and it would have been seen as their duty to consummate their marriage and begin trying to create an heir. Furthermore, Arthur is said to have emerged from his marriage bed on the day after his wedding saying he had been “in the midst of Spain” (Katherine was Spanish). We’ll never know.

But, either way, the pope had issued the dispensation allowing Henry and Katherine to marry so the idea that their marriage was invalid was manufactured for Henry’s gain. And it is in defense of this fact that Katherine’s true princess courage was revealed.

Henry cast his princess aside and took up publicly with Anne Boleyn. He relegated Katherine to further and further — and dingier and dingier — castles and kept her from seeing her daughter, Mary. Banished, Katherine continued to fight. Had she given in, her life would have been much better — materially. She would have lived in luxury and enjoyed time with her daughter. But she believed that God has put her on this earth to be England’s queen, and Henry’s wife, and she wouldn’t back down. 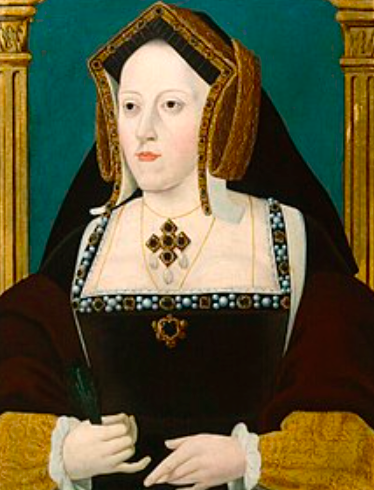 She appeared in court to proclaim that “I have been to you a true, humble and obedient wife” and that “by me ye have had divers children, although it hath pleased God to call them out of this world, which hath been no default in me.”

It did no good. Henry declared himself head of the church in England and, with his new powers, annulled their marriage. Sick and dying, and still not allowed to see her daughter, Catherine wrote one last letter the man who’d wronged her, but whom she still believed was her rightful husband. She told him, “I pardon you everything, and I wish to devoutly pray God that He will pardon you also . . . Lastly, I make this vow, that mine eyes desire you above all things.” And she signed it — defiantly — Katherine, the queen.

If that isn’t strength — sticking to what you believe and refusing to back down even in the face of banishment and death — I don’t know what is. Fairy tale princess aren’t real-life princesses. There’s a very big difference between the two. But sometimes a real-life princess comes along who just might fit the bill. To me, Katherine of Aragon was one of those princesses. May she rest in peace.