Before landing the role of Frank Castle in Netflix’s now-cancelled The Punisher, Jon Bernthal nearly killed a man. It wasn’t his first brush with the law. From a very young age, Bernthal was frequently violent, and even spent some time in a jail cell for drug possession. If the man he nearly killed — a homeless guy whom he punched in the face for following him and taunting his dog — had died, Bernthal would have been looking at serious jail time. Since then, Bernthal has turned his life around — he’s married, he’s got three kids, he lives a quiet life — but, during his days of violence and crime, it would’ve been easy to call Jon Bernthal a “toxic male.” But — and this is the interesting part — the violent character Bernthal plays on TV is far from toxic. In fact, that’s the whole point of The Punisher.

Feminist film critics completely miss the point of Frank Castle (AKA The Punisher, a vigilante whose gritty violence and willingness to kill set him apart from other super heroes). Caroline Siede, of AV Club, says The Punisher is a show that’s “first and foremost about glorifying” toxic masculinity. Matt Kamen, of Wired calls Castle “thoroughly unlikeable” and says the show “highlights everything wrong with (particularly American) masculinity.” But that’s absurd. Bernthal’s Punisher is not only incredibly sympathetic, he’s also the perfect depiction of a non-toxic male.

The problem with the feminist reading of a character like Castle is — as usual — that it takes the whole thing too literally. There’s nothing heroic about Bernthal’s real-life violence. Bernthal is the first to admit that: “I know now life is more about working things out and heading off that violence,” Bernthal told Esquire. Bernthal wasn’t fighting in a war, or defending the innocent when he punched that guy’s lights out. And even if his violence — like Castle’s — was the vigilante kind, we wouldn’t applaud it out here in the real world. But in a story — one in which violence and death are used by the good and the bad alike — the way Frank Castle uses violence is representative of male power channeled, honed, and used for good. And that is the exact opposite of “toxic.”

If you removed Castle’s violence from the equation, there would be no question that he was a genuinely good guy. Season 2 of The Punisher sees Castle take on the care of a wayward teenage girl whom he vows to protect with his life, even though she’s annoying, bratty, and delinquent. When Castle’s nemesis, Billy Russo, makes Castle think he (Castle) accidentally killed two women, Castle is devastated. The women were innocent and unable to protect themselves — exactly the kind of people that Castle has sworn to protect. The fact that he’ll kill to protect these people doesn’t make his masculinity toxic, it metaphorically highlights the difference between toxic and non-toxic masculinity — with Castle as the non-toxic version.

Modern feminists want us to believe that the only way to be a non-toxic male is to eliminate the things that make men men in the first place. Those urges — violence, sex, risk — are the very things (the feminist theory goes) that lead to toxicity, so those are the very things that have to go. But that’s not true at all. It stands to reason that if masculinity itself isn’t toxic, then there can be a “toxic” version of masculinity, and a “non-toxic” version. But it also stands to reason that both would be in some way male. The most logical conclusion to draw from all of this is that “toxic” males let their male urges go unchecked (like Billy Russo), and “non-toxic” males channel them (like Frank Castle). 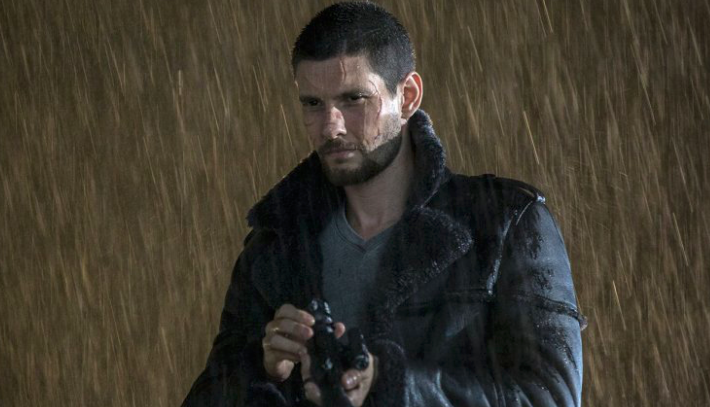 Let me reiterate: Frank Castle shouldn’t exist in the real world. My point here is not that “real men” behave the way Castle does — that would be insane. My point is that — through the magic of metaphor — The Punisher depicts the difference between “toxic” and “non-toxic” males in a way that allows for “good” men to still maintain their masculinity.

Bernthal’s Punisher is not the kind of man you’d meet in real life. The brutal death of his family has stripped away everything but his masculine urges. He’s a man outside of society and, for our purposes, the perfect metaphor. All that is left for Castle is his code — his unwavering ability to channel his urges. Not just to keep him from doing wrong, but in the active service of what is right. And that’s what it means to be a man.