You can’t change a man. That’s just basic good dating advice right there. If you meet a guy, and he’s a total jerk, and he treats you like garbage, and he doesn’t respect you, then he’s not worth your time. It doesn’t matter how attractive, or intellectual, or creative, or popular he is, he doesn’t deserve you if he can’t treat you with respect. And no amount of wishing, or nagging, or baking him brownies is going to change the way he is. If he’s a jerk, he’s a jerk, you can’t change him.

Feminist journalist and author of Cinderella Ate My Daughter, Peggy Orenstein, complains that Beauty and the Beast promotes “the idea that the right woman can ‘tame’ a beastly, abusive, troubled man and turn him into a prince.” It’s a fairy tale — this line of criticism goes — about changing a man. Orenstein is not alone in this analysis. It’s pretty much the go-to feminist critique of the film (well, that and the notion that Belle’s got Stockholm Syndrome and a thing for bestiality, more on that here).

Beatriz Serrano of Buzzfeed says “Belle practically forces Beast to change and behave like a decent human being,” and Metro reports that some schools are teaching that Beauty and the Beast promotes the idea that “if a woman is pretty and sweet natured she can change an abusive man into a kind and gentle man.” If any of that were true, Beauty and the Beast would be a terrible fairy tale. Instead of doing what fairy tales are meant to do — teach universal truths — Beauty and the Beast would be teaching a universal falsehood: that a woman can change a jerk into a good guy. Luckily for us — and for fairy tales — that’s not what the story is telling us at all.

Beauty and the Beast is a story about how a man can change because of a woman, not how a woman can change a man. (Say what?? I’ll explain.) The Beast certainly changes based on his interactions with Belle, but Belle never does anything to try to enact that change. In fact, she’s startled by it and has no idea what’s come over this previously gruff and bad-tempered beast. It’s “new and a bit alarming.” If she’d been trying to change him all along she wouldn’t be shocked by the change. From Belle’s perspective, the Beast is suddenly and inexplicably turning into someone she’d like to get to know. And that’s exactly how it should be because — again — trying to change a man can only lead to heartache.

The thing that causes the Beast’s transformation isn’t something Belle does to try to make it happen, it’s simply the fact that Belle is who she is. Belle is completely and utterly herself from the first moment we meet her to the moment the credits roll. And even though the Beast is kind of scary at first, Belle never compromises her true self.

When she takes her father’s place as the Beast’s prisoner, the Beast sees that sometimes love demands sacrifice. (“You would do that?” he asks her. He hadn’t known you could love someone like that.) When she refuses to come down to dinner, the Beast realizes that bullying isn’t the way to win her love. When she thanks him for saving his life, he sees that kindness and respect are strengths not weaknesses. She shows him all this, but she doesn’t know she’s showing him. She’s simply being herself. It’s the Beast who’s changing himself, because of who Belle is. 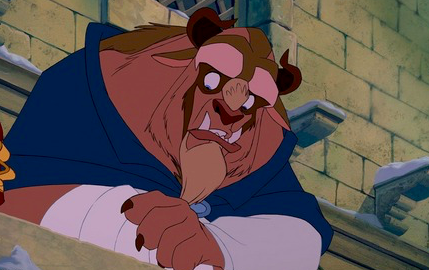 Belle only begins to fall for the Beast once the Beast has begun to change in order to be worthy of her. She doesn’t think, gee this beast would be an awesome guy if he’d just change everything about himself and then get to work trying to change him. She has no interest in him romantically at all while he’s acting like … well … a jerk. It’s only when he saves her life — a brave and selfless thing to do — that she even thinks about whether there might be more to him than meets the eye. (She’d initially told the wardrobe she wanted nothing to do with him.) And, after that, when the Beast realizes his feelings for her and his transformation beings to really take off, Belle is startled to find that he isn’t who she thought he was. But of course he was who she thought he was, but now he isn’t.

Compare this to, say, Princess Jasmine from Aladdin. Jasmine falls for Aladdin first, then realizes that there are certain things about him — his lying, and his obsession with wealth, for example — that leave something to be desired. So she tries to change him. When Aladdin tries to win her hand as Prince Ali she calls him a “stuffed shirt, swaggering, peacock.” When she realizes that Prince Ali is really the boy she met in the marketplace she berates him: “Did you think I was stupid? That I wouldn’t figure it out?” Jasmine has already fallen for Aladdin, and now she’s taking him to task for all the ways he falls short as a boyfriend. That’s problematic. Beauty and the Beast? Not so much. 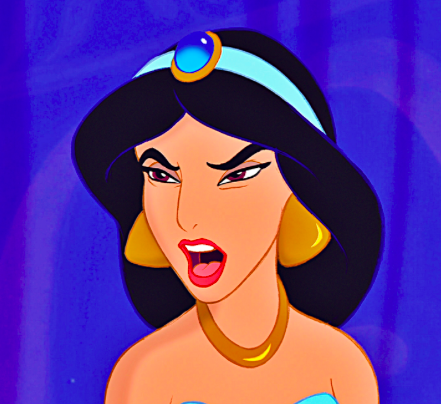 In real life, the lesson of Beauty and the Beast translates into this very simple rule: if you fall for a guy who acts like a beast, steer clear of him. (That guy is Gaston.) But if you fall for a great guy and, at some point in your relationship, he tells you that you’re the reason he’s the man he is today, then he’s a prince. The work of the Beast’s transformation is up to the Beast, not Belle. She’s not even aware of her part in it. By the time Belle falls for the Beast he’s already become the prince on the inside. Her love in return completes the transformation so everyone can see on the outside what Belle has already discovered.. That’s all. You really can’t change a man. But a man can change because of you. There’s a difference.

4 thoughts on “Love Lessons From Beauty and the Beast: You Can’t Change A Man, But A Man Can Change Himself”