Participants of my ongoing Saving Cinderella class have the option to a write guest post on the topic of the session they attended. This post is in response to Session 4: Bestiality? Belle and the appeal of the monster.

To watch past sessions of the class, click here.

The following was written by Winter Naomi Vera.

As anyone who knows me can attest, Disney’s “Beauty and the Beast” is one of my all time favorite films. I’ve done a school presentation and written three presentations on the film for my college classes.  Belle is very much an active protagonist and her love inspires profound change in the Beast, long before the spell is broken. I had issues with the remake, though. The big one was that they took something from Belle that changed her from an active protagonist to a passive one, leaving the rest of the film to pick up the slack for it: her honesty.

Belle never lies to anyone in the 1991 original, even when it would have been much easier to do so. “Sorry, Gaston. My father has set me up with someone else. I can’t marry you.” After the Beast closed the door to her bedroom, she could have waited until the Beast was gone and made her way back to town with the Beast being unable to find her, but then she wouldn’t be Belle.

In the original, she finds her father imprisoned for trespassing and, for the sake of his health, offers to take his place.

BELLE: If I did, would you let him go?

BEAST: Yes, but you most promise to stay here forever.

Even seeing the Beast, she stands before him resolutely and says four words that show her strength of character: “You have my word.” He takes her father to the village — he doesn’t even let her say goodbye — and when he returns to her, she is watching him leave from the window of her open cell. That’s right. Her open cell. She could have followed him out or snuck away, but she didn’t, because she made a promise in exchange for her father’s safety. She didn’t leave, even though every door was open to her, because she gave her word.

Trying to appease Princess Critics who want to see a woman refuse to be held prisoner, they changed this in the remake, but they didn’t realize  she was never a prisoner in the first place. Closing herself in her cell, promising her father she’ll return to him, and making a rope out of bed sheets made her a prisoner. In the original film, Belle chose where the story took her because she knew whom to give her word to and why. 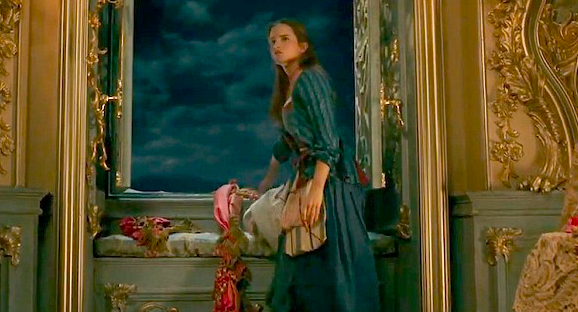 Belle gave her word to the Beast, but it was on  her own terms. He didn’t force her to make that choice, and because she made the choice, she was willing to live with it, until the Beast’s admittedly abusive action in the West Wing changed her mind.

As Faith Moore writes in her book, Saving Cinderella, Belle has a superpower which allows her to see the best qualities of others. When she doesn’t see those qualities, she doesn’t give them anything of hers, certainly not her word. Gaston offered not to commit her father if she married him. She said, “Never.” If you give your word to someone who will take advantage of it, the outcome will only be heartache. I learned this when I gave my word to a friend. I’d never leave her side, no matter how much she pushed me away, but she hurt me emotionally. She nearly broke my spirit and I couldn’t keep my word, because giving someone your word means YOU choose your outcome, not them. Giving your word to those who won’t use it to hurt you or take advantage means you’re never a prisoner, especially when you love that someone and they love you. 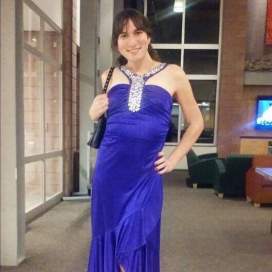 I’m Princess Winter Naomi Vera, I may not be literal royalty but I have learned that I don’t need to be. It’s the qualities of a princess, not a crown or royal blood that matter most. I’m a fan of Superheroes, Princesses, Superhero Princesses and stories of all kinds. I aspire to tell my own stories to add to the world that inspired me.

5 thoughts on “GUEST POST: Why Belle Wasn’t A Prisoner Until The Live-Action Movie “Fixed” Her By Winter Naomi Vera”