As a mom of a four-year-old, this is a statement I hear pretty much every day. Multiple times a day — sometimes multiple times a minute. Kids frequently “don’t want to” and they have no problem telling us. It’s their way of trying to exert some control in a world in which they have almost none.

Since becoming someone who writes and speaks about young women (and young people in general) through the lens of fairy tales and fairy tale princesses, I frequently encounter people who want to know how to achieve their dreams. This, after all, is what fairy tales — and Disney movies in particular — are often trying to teach us. These people want to find love, make friends, get a good job, settle down and start a family — all the things that make life fulfilling and meaningful. And while it’s true that, for some people, life has put up obstacles that make those things truly impossible, for most of us, the thing that’s getting in the way is the “I don’t want to”s. But, as I tell my son (and myself, on a daily basis), you don’t have to want to. You just have to do it. 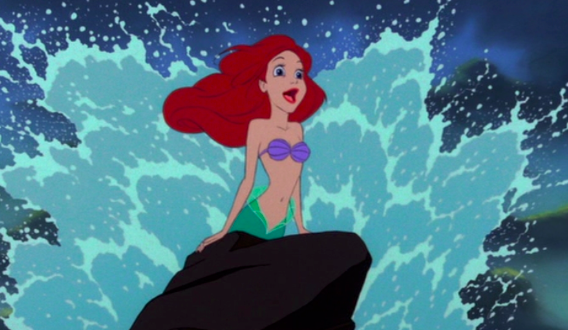 Fear — or discomfort, or worry, or whatever emotion is holding you back — is a feeling. It’s not a reason. Just look at Disney princesses — the epitome of “happily ever after” — they’re all afraid. And they all do it anyway.

Snow White is terrified to learn that her stepmother wants to kill her (I mean, come on, that’s really scary!). But she doesn’t lie around on the forest floor indefinitely, weeping and wailing and saying “I can’t do it, it’s too scary!” She picks herself up, dusts herself off, and gets to work. (You think she’s whistling because she’s happy? No way! She’s freaking terrified, but she’s got to get this done.) 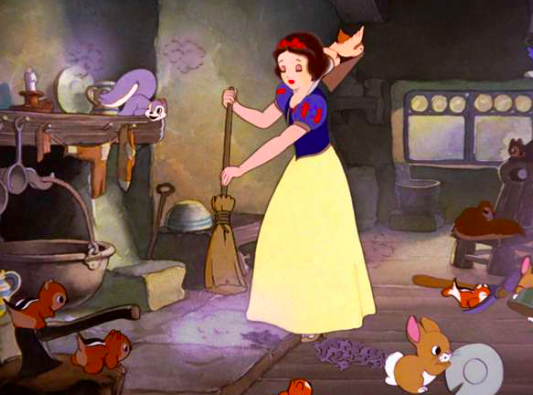 Do you think Cinderella waltzed right into that ball without a care in the world? I mean, look at her, if that’s not social anxiety I don’t know what is!

But she goes right on in there anyway, because this is what she wants. It’s her dream. And she’s not going to let a few social jitters get in her way.

Ariel, Belle, Jasmine — all the princesses — were scared. But they didn’t let that hold them back from going after the things they wanted. They couldn’t. If they wanted to reach their happy endings, they had to follow their dreams. And they had to do it even if they were scared.

Now, I recognize that fairy tales are not real life. And that Cinderella and Snow White and the rest aren’t actually real people, so their fear isn’t actually real fear. But this concept — you don’t have to want to, you just have to do it — really does apply in the real world.

The truth is, you can feel fear, and do the thing anyway. If you want to make friends, feeling scared to sign up for a group activity, or volunteer program isn’t a reason not to. You feel scared — the racing heart, the clammy hands, the sweat, the tingly skin, the dry mouth, and the adrenaline (see, I’ve been there) — but you do it anyway. If you want to find love, feeling scared to approach your crush, or meet someone from a dating app, or go to a social event, isn’t a reason not to do those things. You feel scared, but you do it anyway. The fact of your uncomfortableness is not a reason. It’s a feeling. And they’re different.

I don’t say any of this lightly. I have certainly given in to my fear many (many, many) times, and stayed home when I should have gone out into the world. I’m not saying you’re always going to succeed at this. Or that, on any given day, you’re an utter failure for giving in to your fear. (You’re not.) I’m just saying that the only way you’re going to achieve your dreams is to cultivate a mindset of “I don’t have to want to, I just have to do it.”

Like John F. Kennedy said, we choose to do these things “not because they are easy, but because they are hard.” Giving in to your fears is easy, but it makes you miserable. Do the hard thing, and you’ll find joy. As Tom Hanks’s character, Jimmy Dugan, says in the movie A League of their Own, “The hard is what makes it great.”

Stop thinking of your fears as reasons not to do something, and start thinking of them as feelings. Because feelings are just feelings. They don’t actually have any bearing on whether or not you can do something.

Here, do me a favor. Go get a piece of paper and a pen. I’ll wait. Got it? Okay, now write down what it is that you want. What will make you feel fulfilled, complete, happy? What will make your heart sing? Good. Okay, now write down what you’d have to do — however scary — to make that dream come true. No, don’t tell me all the reasons you can’t do it, just write it down. Be specific. What would you actually have to do to fulfill your dream? Did you write it down? Good. Now do it. You don’t have to want to.

Want some more advice? Check out the latest episode of Princess State of Mind, it’s all about relationships!

2 thoughts on “You Don’t Have To Want To, You Just Have To Do It: How To Achieve Your Dreams, Disney Princess Style”