Princesses in fairy tales get a bad rap. Alyssa Rosenberg, of Slate, says the story of Cinderella has an “overemphasis on attractiveness.” Mary Grace Garis, of Bustle, says the only reason Prince Charming is drawn to Cinderella at all is because “she’s hot enough to marry.” And the staff of Flickering Myth write that the only thing that Snow White really has going for her is that she is “young and beautiful.” It’s a common complaint about fairy tale princesses — particularly in the age of modern feminism — why do they have to be so shallow?

“No one thought maybe a cooler thing to give [Sleeping Beauty] would be, I dunno, the ‘gift of intelligence,’” writes Leigh Butler on Tor.com “or ‘gift of hand-eye coordination,’” Anything, Butler — and all these other critics — seem to be saying, but beauty.

Why can’t the princess be fat? Why can’t she be ugly? Why can’t she snort when she laughs, or belch loudly in public? What does it matter what she looks like on the outside? Isn’t it what’s on the inside that counts? The answer to that, of course, is “yes.” But a fairy tale’s emphasis on the princess’ beauty is, by no means, a statement about how a girl must look. To make this assumption — as so many modern critics do — is to signal a complete lack of understanding of what a fairy tale is and what it does.

Although reading fairy tales is a fairly new innovation — the Brothers Grimm, for example, published their famous collection in the 19th century — telling fairy tales is a tradition that has been around for thousands of years. Passed down orally from parent to child, fairy tales serve as allegories expressing universal truths in ways that children can digest and understand. To do this, it makes use of what historian and mythographer Marina Warner calls “a symbolic Esperanto.” 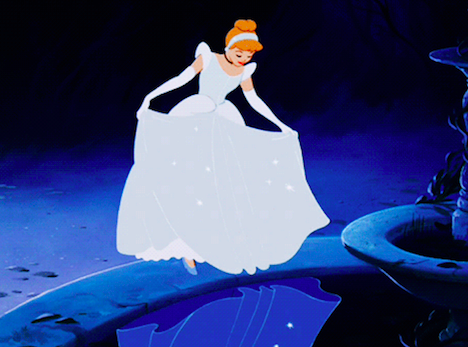 The elements that appear again and again in fairy tales — witches, dark forests, magic spells, princes, and princesses — are all symbols that represent the same thing from story to story. The forest, for example, always represents “the dark, hidden, near-impenetrable world of our unconscious” (Bruno Bettelheim, The Uses of Enchantment.) As Warner puts it, “The symbolism comes alive and communicates meaning.” There is very little in a fairy tale that is not representative of something else. The symbolic nature of fairy tales is exactly what many modern critics of Disney — and fairy tales in general — don’t understand.

Princess fairy tales, in particular, are about growing up. The princess begins a girl and emerges a woman. The symbolism within these stories — rags turning to ball gowns, falling asleep and waking to true love’s kiss, apples offered by wicked crones — all represent this transition in different ways. But each story deals with a girl coming to grips with her womanhood. That is what the princess represents — the ideal of womanhood. (For more on the symbolic elements of princess fairy tales and what they represent, read Spinning Straw Into Gold, by Joan Gould.)

In, Spinning Straw Into Gold, Gould writes, “In plays and movies, we understand the visual code that says the good must be beautiful while the wicked are ugly.” But that’s exactly the problem. I’m not sure we really do understand it. Not if we think that Prince Charming’s love for Cinderella is based on her hotness factor, or  that the fairies would have been better off giving Sleeping Beauty the gift of hand-eye coordination.

A fairy tale princess’ outer beauty is symbolic of her inner goodness. In real life, of course, a person who is beautiful on the inside can look all manner of ways on the outside. But that’s not how it works in a fairy tale. The princess’ beauty doesn’t tell us that a person must be beautiful in order to be good. It’s the opposite. Her inner goodness is represented by her outer beauty. It’s that “visual code” Gould was talking about. The fairy tale princess radiates her inner goodness outwards for all the world to see, signaling that she has embraced her status as woman. When the prince sees her and immediately falls for her, it is her inner beauty — as represented by her outer beauty — that he is drawn to, not her pretty face.

The Disney princesses that critics complain about the most — Snow White, Cinderella, Sleeping Beauty — are all based on fairy tales, and make ample use of fairy tale symbolism. But, because these critics don’t understand how that symbolism works, they try, over and over again, to convince us that these stories of inner transformation, redemption, and love, are shallow, superficial, and immoral.

But they’re not. Far from it. You just have to understand the symbolism. It shouldn’t be too hard. Children have been doing it for thousands of years. We can too. I believe in us.

5 thoughts on “Why Can’t The Princess Be Ugly? Fairy Tale Symbolism and Why It Matters”