Participants of my ongoing Saving Cinderella class have the option to a write guest post on the topic of the session they attended. This post is in response to Session 2: Damsel in Distress? Snow White, Puberty and Female Agency.

One of the reasons I love Enchanted so very much, plugging it whenever I can, is how self-aware it is on the many aspects of the Disney Princess (“D.P.”) mythos. I’ve half-joked that it’s the sort of film I would expect to come from the mind of someone who’s read Saving Cinderella (or, quite possibly, written it…), and set out to put that defense of the D.P. into story form. The quintessential Disney Princess, Giselle—played completely straight, no “edge” or parody, by the angelic Amy Adams—plucked out of the fairy-tale-world, and into the “real” one. And thereafter, the symbols inherent in the D.P. mythos get analyzed, in the context of the real world.

In this case, one of the central arguments Faith Moore’s laid out is that, at its core, the D.P. story is an allegory for a girl becoming a woman: transitioning into, in particular, romantic—and yes, “sexual”—maturity. As Moore contends, the point-for-point symbolism of this appears most prominently in Snow White.

Lo and behold, as even director Ken Lima pointed out, Enchanted makes it a point to parallel Snow White’s arc for Giselle, in some cases point for point. Just, again, translated into a “real-world” context: instead of a literal forest, for example, Giselle’s cast into Manhattan — “The Jungle”.

But the key thing to notice is how Enchanted acknowledges the “womanhood” parable. For the story is, as it must be, the story of Giselle’s transition from girl into woman.

Where it arguably differs from Snow White is that, more specifically, it’s about Giselle acknowledging her transition to womanhood—that is, her acceptance that that’s what’s happening.

In being cast from Andalasia into our world, she undergoes the dramatic physical change from animated into live-action — and lo and behold, upon landing, it’s the first thing she notices, looking about herself, stunned at what’s happened to her. (Perhaps a case could be made that her becoming 3-D is an analogy for “filling out”.) And though the shock wears off soon enough as she takes in the world around her, her change still remains in her mind. When a dwarfed fellow asks her “Are you for real?”, she nervously checks herself again and responds, “Well, I-I think so….”

But she puts it aside, again — and it takes a while for her to truly come to terms with the implications of the changes in and around her. Tellingly —and importantly — she’s blissfully unaware of the effect her body has on Robert, in the famous “shower scene”: Giselle’s become a sexual being, and she doesn’t even realize it…even if those around her are painfully aware of it.

So what brings her to that realization? Well…she gets angry. (Specifically, she acknowledges her anger — she’s technically angry early on, at the bum who runs off with her tiara.) Then she’s overjoyed at her ability to experience anger. And then…she’s drawn to move close to Robert, staring at his chest, reaching out for it….

Intense, aggressive mood swings — a traditional aspect of puberty — leading to a sudden, unexpected physical desire. And then, left alone with her thoughts, she lets out an astonished “Oh, my…” at the realization of what’s happened.

She’s become a woman, with everything that implies.

From there, our princess finds herself in a period of indecisive angst — insecurity on how to process this new stage in her life, feelings and all. And here, the film declares, is what the death-rebirth in Snow White actually means: the clearing away of her confusion and angst, as the apple’s poison is reversed by True Love’s Kiss.

And Giselle kinda knows it, doesn’t she? As she put it herself, looking into Robert’s eyes: 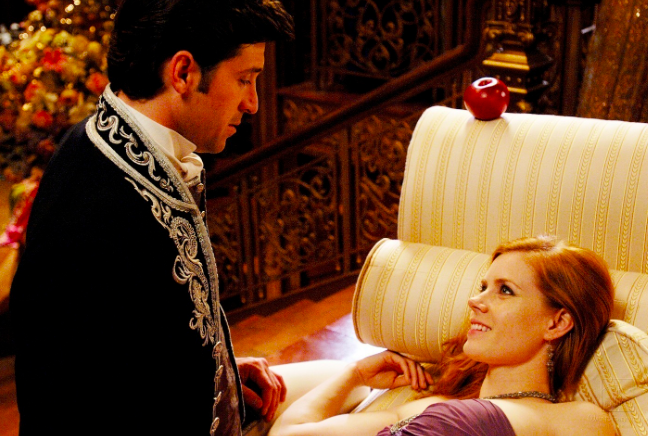 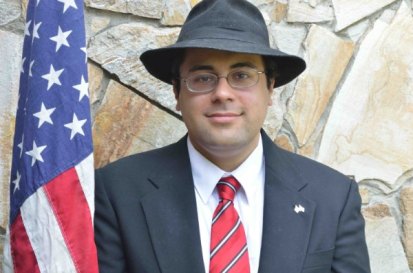