Stupid Question Of The Day:

People’s cartoon crushes were as varied and as interesting as people’s real life romantic choices. Everyone from Jessica Rabbit (Who Framed Roger Rabbit) to Daphne (Scooby-Doo), and from Optimus Prime (Transformers) to Prince Eric (The Little Mermaid). If you’ve been reading my blog for a while you’ll probably recall that my own #1stCartoonCrush was Gaston (Beauty and the Beast). You can find that blog post here.

Does it shock you to learn that people are crushing on cartoons — and crushing hard? Are you wondering if this is some sort of weird sex fetish suddenly coming to light through the sordid medium of social media? Are you trying really hard right now to not admit to yourself that, now that you think about it, you had a cartoon crush as well? Or does this seem totally normal to you? Not weird at all? 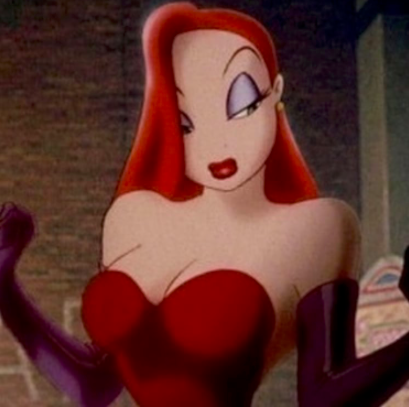 On the surface, the idea of a cartoon crush might seem a little odd. We can justify our crushes on fictional characters from books because they come to life in our imaginations and live there as if they were real. We can justify our crushes on fictional characters from live-action movies because the actors and actresses who play them are, in fact, real live human beings. But what about having a crush on someone (something?) that is literally just a drawing? Is that like having a crush on, say, your childhood teddy bear, or a cup with a face on it or something weird like that? My answer? No, not at all. Cartoon crushes are the most natural thing in the world, particularly for people just on the cusp of adolescence.

A cartoon — by its very nature — is simplistic. (Ack! Don’t yell at me, I know there are some very deep and intellectual cartoons, that isn’t what I mean. Read on.) Physically, they’re stripped down to the basics. (Okay, maybe “stripped down” wasn’t the best phrase to use in a post about cartoon crushes, but we’ll just leave that alone for now.) They exist in simple lines and monochrome. They’re exaggerated for effect — Jessica Rabbit’s enormous breasts, Gaston’s huge muscles, Prince Eric’s square jaw. They say things people think but usually don’t say — “Every last inch of me’s covered in hair!” or “I’m gonna find that girl, and I’m gonna marry her!” What they present to us — be it sex, humor, sarcasm, romance — is undiluted by reality. And that fills a need — especially when we’re young.

Cartoons are safe. (Cartoons meant for children anyway.) They may be overtly sexualized — like Jessica Rabbit, or the original Wonder Woman cartoon — but they won’t suddenly start actually having crazy cartoon sex right there on screen. (Again, I’m talking about kids cartoons, I don’t know what kind of other weird cartoons are out there and, frankly, you shouldn’t either.) Their bravado and feats of derring-do aren’t going to suddenly turn to existential angst from which we must — mid-swoon — talk them down. The men are men, the women are women, the emotions are big and easy to understand. For people just beginning to explore their own romantic feelings, this kind of broad strokes character is really appealing.

It’s true that we’ll never find, in real life, anyone who looks or acts like a cartoon character (or, if we did, we probably wouldn’t find them very crush-worthy). But that doesn’t matter. Through the simpler medium of animation, we can learn what it is we want in a romantic partner. Do we want our men strong, powerful, and deep-voiced, or do we want them willowy, sarcastic, and clever? Do we want our women to be femme fatales, or prim bookworms? We pick and choose from the cartoon menu of very clear, unadulterated human characteristics and we build our perfect match.

This is important work for young adults, because knowing what you want out of life is the first step toward achieving it — and knowing what you want in a romantic partner is the first step toward making good romantic choices. And if, as adults, we still have a special place in our hearts for our #1stCartoonCrush, we shouldn’t be surprised. Most people remember their first love. If only they remembered us …